I already posted these reviews on Goodreads.  If y’all’re interested in reading any of the synopses, just click the linked title below the image of each cover.  And if you’ve read any of these books, I’d love to hear what you think in my Comments section.  Y’know, way down yonder at the bottom. 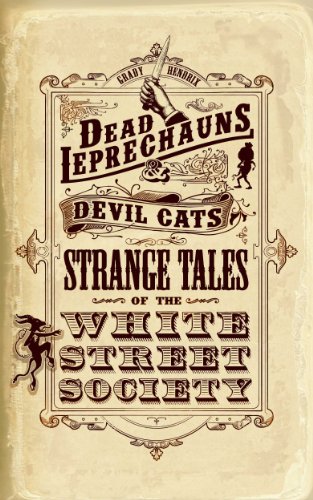 Dead Leprechauns & Devil Cats: Strange Tales of the White Street Society by Grady Hendrix.  I rated it 1 of 5 stars on Goodreads, “did not like it”, and shelved it there as fiction, horror, satire, & short story collection.

After enjoying Horrorstör and My Best Friend’s Exorcism, I was disappointed by this earlier offering, which Hendrix self-published at the beginning of his fiction career. It’s quite clearly meant to be a spoof of a genre that was popular in the 19th century, that of the English Gentlemen’s Club ghost storytelling variety. I found it to be dated, offensive, and quite ridiculous. The themes of racial and socioeconomic prejudice that characterize that genre play very poorly in 21st-century Western society. Although, sadly, it seems like that particular wheel may be in the midst of a cyclical downturn.

I’m sorry, Mr. Hendrix, but I wish I hadn’t spent my ninety-nine cents on this one. 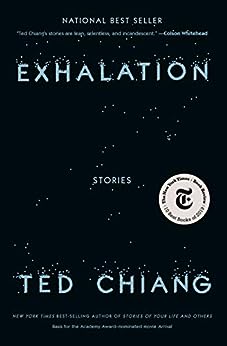 Exhalation: Stories by Ted Chiang.  I rated it 3 of 5 stars on Goodreads, “liked it”, and shelved it there as literary, sci-fi, & short story collection.

I enjoyed Exhalation, an intelligent and thought-provoking work of literate science fiction. I most liked “The Merchant and the Alchemist’s Gate” and “Anxiety Is the Dizziness of Freedom”, the collection’s opening and closing stories, respectively, but all of the others are good as well. I’ll definitely try to get my hands on a copy of Chiang’s prior collection, Stories of Your Life and Others and will be on the lookout for whatever he does next.

Tao Te Ching by Lao Tzu, translated by Ursula K. Le Guin.  I rated it 3 of 5 stars on Goodreads, “liked it”, and shelved it there as classics, nonfiction, philosophy, & religion.

I had not previously read any other translation of the Tao Te Ching, so I have no basis for comparison for how well LeGuin’s version stacks up against others. This version is clear and accessible, and LeGuin offers plenty of notes and explanations of how and why her interpretation differs from its most popular predecessors. If you’re beginning to study or learn about Chinese philosophy or religion, I recommend this version as essential and not too dense to understand.

Have you read any of the above books or others by these three authors?  What did you think?